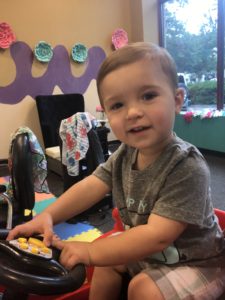 My 20-month-old grandson is a single word kind of guy—shoes, walk, hot, light, bird, tree, uh-ugh, EAT—yet he knows how to effectively communicate. He listens, makes eye contact, gets to his core message quickly, and then waits for a response.

For adults, communication is often more complicated, especially in today’s world where statements and opinions are carefully couched to avoid offense or confrontation. The downfall: the real message is lost in effusive verbiage.

Recently, I had three service people at my house in the same day. While they came for specific purposes, I noticed they spent a lot of time talking about what they were going to do, how involved their tasks were, how many other jobs they had scheduled for the day, and either complaining about schedulers or coworkers instead of just getting to work and completing their jobs.

Also, I’ve had the experience of someone I don’t know stand near me in a store and begin a dissertation about either the product they are considering purchasing or some life issue. I guess I look like a receptive audience, but communication is more than finding a target and aiming words at it.

People talk a lot more than necessary and rarely listen. Excessive talkers don’t pay attention to what anyone else says because, when they aren’t talking, which is rare, they are thinking of what they will say next.

Communication is more than a barrage of words from one orator. 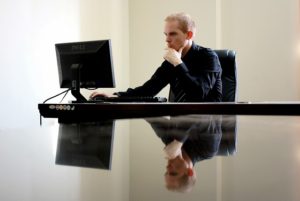 Discern if Response is Necessary

One of the pitfalls of social media and email is people feel compelled to fire off a response or engage in banter on any subject that rolls across their screens. While it’s tempting to respond in any type of setting when people say stupid things or “hold forth” on subjects on which they are misinformed or bombastic, is your response really necessary? The answer is no. It’s not your responsibility to correct, challenge, or inform strangers or those who enjoy goading others into confrontation. 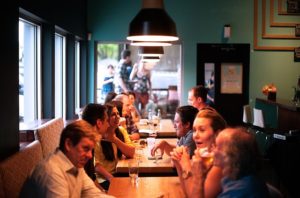 Think Before You Speak

We’ve all been around stream-of-consciousness people who spout every though that comes into their heads without first running them through an appropriateness filter. It’s often annoying and embarrassing to be around those who say whatever happens to pop into their minds. And it’s nearly impossible to have a conversation with stream-of-consciousness folks because they continue a soft soliloquy about nothing while you are speaking.

Thinking before you speak requires discipline. You have to force yourself to take a few moments to consider the impact of your words on those within earshot, and also, how your words will be received and transmitted beyond the current conversation. People often quote you to others, and like a secret whispered around a circle, your exact words are distorted or multiplied by the time they reach other ears. Is what you are about say going to build up or tear down? Will something you say, in jest, wound? Discipline yourself to think before you speak.

Thinking before you speak requires discipline. 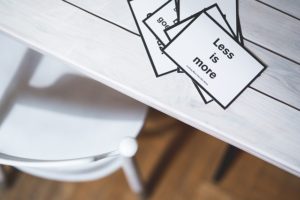 Our world is plagued with those who pad speech with excess words. It’s as if they feel they feel credibility increases in proportion to word count. But often, the desired message is garbled by extraneous words. A key factor in the too-many-words syndrome is opening the mouth before the brain has formulated the thought. Then, you have to vamp until the real message crystallizes.

Writers are often encouraged to cut their first few paragraphs because they are equivalent to literary throat-clearing. It’s the same with speaking. Take time to think what your real message is and resist the urge to start talking before you arrive at it. Practice saying more with fewer words. Eventually, you will learn to cut clutter and communicate more effectively. Clear, concise verbiage is like pure gold.

Words are powerful and can have a negative or positive impact. They can move you forward or halt you in your tracks. In a world where people increasingly use words to defame and malign, be the exception, and let your words compliment, encourage, and be full of grace.

“The right word at the right time is like precious gold set in silver.” Proverbs 25:11 CEV

Persevering Beyond the January Gym

Live in the Light