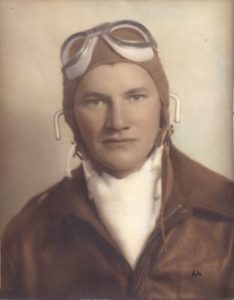 In the mid-1950s, before I was born, my parents went to Europe. My Uncle Wesley was stationed in Germany as part of the post-WWII Allied presence and my parents visited him and Aunt Jean. But my parents also went to Switzerland to see the place where my father was held prisoner after his plane was shot down during WWII. 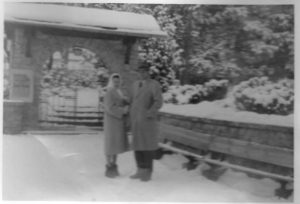 They traveled to the little town of Adelboden and had their picture made in front of the Interned American Soldiers Gate. They went to the old hotel high on the mountain above Adelboden where my father and other detainees were held captive.

While a picturesque hotel in the Swiss alps sounds like something straight out of the pages of Heidi, the time of my father’s imprisonment was anything but idyllic. The hotel was unheated, showers were cold and infrequent, food was sparse, news from home and about the war was minimal, and emotional damage occurred. While they didn’t suffer the brutality of German POW camps, my father and his comrades were prisoners, nonetheless. 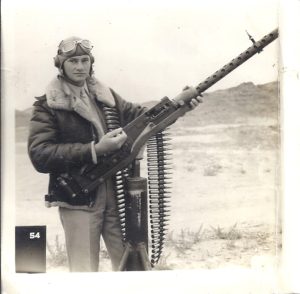 My father was in the U.S. Army Air Corps and trained in Alamogordo, New Mexico before being sent to North Africa. He was stationed in Algiers and Tunisia, flying bombing missions over Germany. On one mission, the bomb bay doors failed to open all the way. In a daring move, my father walked the catwalk between the partially opened doors, and manually forced the bombs to drop. 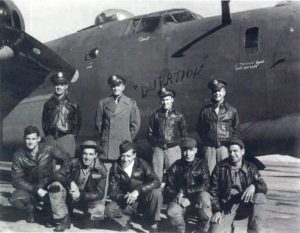 On the day my father’s plane was shot down, he and his crew bailed out. Once on the ground, they didn’t know where they were. They walked until the came to a border and were faced with the decision of whether to cross over. Were they safe where they stood, or in eminent danger? They crossed the border and were later captured by the Swiss.

Back home, my father’s father came home from his lumber yard one day and noticed my grandmother had circled a date on the calendar in red. When he questioned her about the date, she said she didn’t know why, but the Lord told her to circle that date and pray. “I circled that same date today on my calendar at the yard,” said my grandfather. Believing they had received a message from God, they prayed. 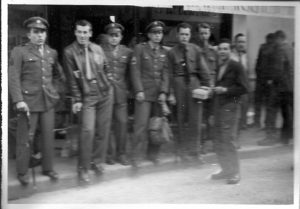 Occasionally, my father and other prisoners were taken into the town of Adelboden and allowed to receive Red Cross packages and make a purchase. My father noticed that each time he saw a certain man in town one of his fellow prisoners disappeared.

Finally, my father approached the man. Speaking to him in Swiss-German, my father said simply, “I want you to get me out of here.” The man shrugged and said, “I don’t know what you are talking about.” My father pulled up his sleeve and showed several watches he had accumulated during the war. “Does this help you understand?” he asked the man.

Weeks later, the man gave my father instructions and helped him escape through the Underground. 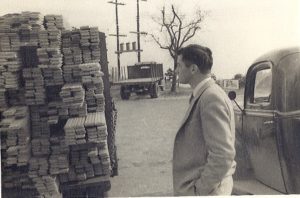 After WWII, my father returned home and resumed constructing houses, something he was already doing before being drafted. He owned a successful real estate and construction company and chose not to apply for VA benefits. Like many of that era, he was determined to put lingering memories of war behind him and felt accepting benefits somehow implied that he wasn’t capable of earning a living without help.

After my father’s death, I attempted to access those benefits for my mother, plowing through mountains of paperwork and meeting with the local VA representative. I quickly learned that WWII internees were not considered prisoners of war because records of their time as detainees had been “lost in a fire.”

While the U.S. military might not recognize internees as prisoners, they were, and like Vietnam veterans, who were mistreated and shunned by an ungrateful public, WWII internees were also forgotten. 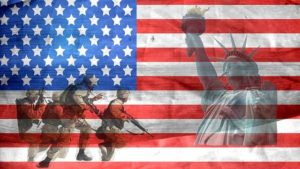 Today, most of us don’t have any idea what war veterans suffered. The complaints about COVID-19 restrictions, freedom infringement, and whining about shortages and inconveniences pale in comparison to the physical and emotional damage veterans endured. Current generations have little knowledge of, or gratitude for, veterans and their sacrifices, and even less appreciation for the freedoms we enjoy, yet often take for granted.

It is past time for a perspective adjustment. Instead of fault-finding, blame-placing, criticism, ranting, and complaints, it’s time for a shift of focus to gratitude, thankfulness, and acknowledgment of freedoms and those who fought to ensure them.

Let’s rekindle forward motion by remembering, respecting, and reaffirming. The freedoms we enjoy today rest on the sacrifices of the past. Let us never forget those who gave so much to guarantee our freedom.

“Exercise your freedom by serving God, not by breaking the rules. Treat everyone you meet with dignity. Love your spiritual family. Revere God. Respect the government.” 1 Peter 2:16-17 MSG

The freedoms we enjoy today rest on the sacrifices of the past. 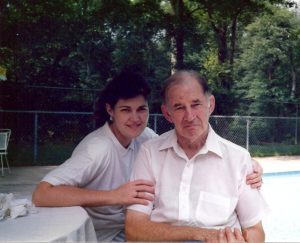 Becoming Who You Were Created to Be

Prepare Your Heart for Christmas