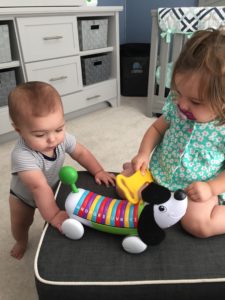 I’ve enjoyed watching my grandchildren grow and reach developmental milestones, among them, learning to crawl and walk. Each had a slightly different method of getting to the point of locomotion.

One grandchild initially propelled herself forward with a scoot-crawl. She planted one foot and then swung the other knee forward. Her method looked awkward, but accomplished the goal of forward motion.

The other grandchild tried to stand before he crawled, pulling himself up on someone’s pants leg, the side of a chair, or anything else that was semi-stable. Sometimes, what he chose as support moved, or crumpled, sending him back to a seated position or flat on his back.

Both grandchildren learned by continued effort. Sometimes their attempts were unsuccessful, but their determination to move beyond where they were fueled their attempts.

Acknowledge the Need for and Accept Help

When the grandbabies were infants, they were dependent on others for movement from one place to another. A lot of time was spent on their backs, and flat on your back requires help. Eventually, they got tired of waiting for others and began experimenting with rolling. Once they mastered rolling from back to tummy, or vice versa, they gained a new perspective. Suddenly, all that was around them came into view. Later, sitting provided an even greater window on their world. From that point, curiosity was the catalyst for exploration. 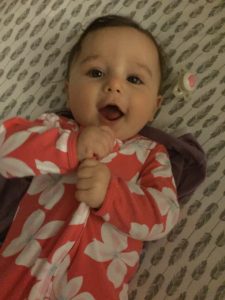 Moving beyond your current situation is a similar scenario. Sometimes you hit a challenge, whether physical, emotional, mental, or relational, which you can’t overcome without help.  However, pride is often the deterrent that prevents your asking for help to move beyond your challenge. Don’t allow pride to keep you flat on your back. Realize that everyone, even those who never mention it, hit a patch of defeat, depression, indecision, low self-esteem, or lack of knowledge at some point.

Failing to acknowledge your need and get help thwarts forward motion. In order to move ahead, admit it when you are in a place where you can’t make progress on your own. Look for and accept help instead of remaining glued to your current location or circumstances.

Pride is often the deterrent that prevents your asking for help to move beyond your challenge.

In any endeavor, forward motion is a process. You have to crawl before you walk. Once the grandchildren could stand and take steps, if they tried to move too fast, they’d fall.

In the writing world, I often see a similar occurrence. Many wanna-be writers burst onto the scene convinced they have written the most amazing conglomeration of words ever in the history of publishing. They haven’t bothered to read anything in their chosen genre, educate themselves about writing trends, the business of publishing, or polish grammar and formatting skills, but feel those are irrelevant because they have produced a masterpiece. What these wanna-be authors don’t realize is good writing is a process that requires hard work, study, time, and practice. Most want to skip all that and move immediately to fame and fortune.

Moving forward in a skill, craft, business, or any other enterprise requires a grasp of foundational elements that build atop each other in the same manner a brick mason lays brick. In order for the structure to be strong and sturdy, the bricks need metal ties for support and mortar to hold them together, and the bricklayer needs knowledge of construction principles, some mathematical ability, and training.

Many times, people do not achieve what they hope to because they fail to lay the foundation necessary to reach their goals. Embrace the process of forward motion by being willing to take each step as it comes, not rushing ahead, but savoring the journey.

Moving forward in any enterprise requires a grasp of foundational elements.

In addition to being a process, forward motion has numerous parts. 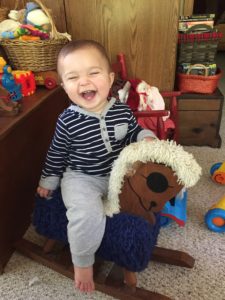 In order to stand and walk, the grandchildren had to master balance and coordination. They had to learn to put weight on one foot while they moved the other. They watched and mimicked what others do when they take steps. To be successful walking, the children have to be determined because, at first, they failed as often as they succeeded. A reassuring, encouraging voice, along with determination and curiosity, propelled their desire to try again. 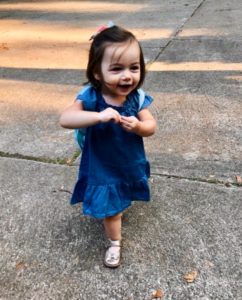 Forward motion for adults is the same. Moving ahead requires the amalgamation of many elements. You have to learn to balance various areas of our lives—business, personal, spiritual—and coordinate all the moving parts that make up your days. And when you hit roadblocks, you have to be determined to find a way around rather than turning back and giving up.

Other times, moving ahead involves seeing how others have overcome obstacles or accessed knowledge, and then, incorporating some of their methods in our own path forward. Or finding a mentor who can encourage and challenge you to take the next steps when you don’t have the motivation to try again. Lastly, you have to continue learning and growing in all aspects of life, with spiritual growth central to that development.

Moving ahead requires the amalgamation of many elements.

We live in a world that values instant everything. Resist the path that offers to catapult you to your destination in a hurry. Instead, embrace the steps and the processes that move you forward, while maintaining balance in all areas of life.

“For you have delivered me from death and my feet from stumbling, that I may walk before God in the light of life.” Psalm 56:18 NIV

The Value of Connections