4 Ways to Move Beyond Criticism 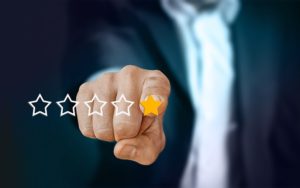 Several times in my life, I’ve received scathing correspondence of a critical nature. Other times, I’ve had my ears blistered in person by someone with an acid tongue who felt it necessary to point out all my faults and failures. None were pleasant experiences, and some of the words still fly through my brain at unexpected moments, stirring up pain and anger.

All of us would rather receive affirmation than criticism. Unfortunately, we live in an age when people liberally express their opinions and you can suddenly find yourself in someone’s crosshairs for stating your viewpoint or failing to affirm theirs.

Here are some ways to move beyond criticism:

Often criticism is born of envy or an attempt to control, so take that into consideration. Other times, criticism is the standard mindset of negative people who just can’t resist searching for and commenting on mistakes, real or perceived. If your critic has a history of criticizing you, or others, realize this is a standard modus operandi for that person and don’t expect anything different. Dealing with a chronic critic can be difficult and exhausting, especially if you are a people pleaser. But be aware you are wasting time trying to get praise, or a positive response, from this type of person. Interact only when necessary.

Dealing with a chronic critic can be difficult and exhausting.

As a writer, I’m often asked to critique other writers’ work. Because I also do some freelance editing, my focus is usually on what needs correction. I’m searching for mistakes rather than looking for and pointing out the positive qualities in the writing. As you can imagine, hearing only negatives is discouraging, especially for new writers, so I’ve had to learn to point out the positives as well.

While you don’t always know the motives of critics, consider the potential reasons behind the criticism. Is it to help you improve in some area? Or is the criticism out of genuine concern for something others see in your life that you can’t or don’t want to see? Before you get angry about criticism, look at the motives of the critic. If criticism is truly for your edification, take time to think about it objectively, if possible.

If the criticism is designed to wound you, analyze the motivation. Often critics are self-centered individuals who expect the universe to revolve around them. If you determine your critic fits this profile, distance yourself rather than engaging. Often a critic’s sole motivation is to goad you into confrontation.

A wise woman once told me her response to criticism was to simply say “thank you” and then walk away. It’s hard for critics to generate a comeback when someone thanks them for their criticism.

Often a critic’s sole motivation is to goad you into confrontation. 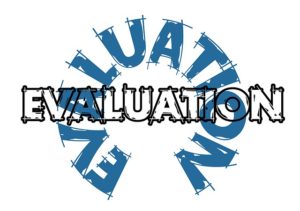 During the Gold Rush days, many miners were tricked into thinking they had “struck it rich” by the glittering particles known as “fool’s gold.” But the only way to know for sure if what they found in their pans was real was to take it to an assay office and have it tested.

Likewise, the only way to know if criticism is accurate is to test it for truth and authenticity. You can do some of this yourself, although it’s challenging to put yourself under a microscope. We are usually blind to our own imperfections. Instead, enlist the help of a few who know you well and can kindly and objectively help you determine if the criticism is accurate, particularly if several people have pointed out the same thing to you. 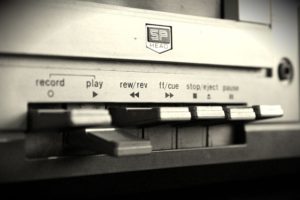 Resist the Urge to Hit the Replay Button

Mentally replaying a conversation or rereading correspondence keeps you focused on the criticism. You can’t help formulating what you’d like to say, or wished you’d said, in the moment and that has a negative effect on you. Sometimes you are your worst critic. Taming your internal critic is crucial to forward motion.

When your mind hits replay, don’t let the tape continue to play. While you may not be successful in erasing the tape, you can push the stop button, repeatedly, if necessary. Ask God to help you focus on truth and put aside falsehood. Satan loves to remind of past failures. Instead, remember your identity as an adopted son  or daughter of the King. Don’t allow critics to reshape who God created you to be.

“Faithful are the wounds of a friend, but deceitful are the kisses of an enemy.” Proverbs 27:6 NASB

Taming your internal critic is crucial to forward motion.

New Learning in the Age of COVID-19