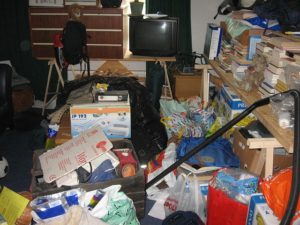 Years ago, not long after we moved to our current home, a visitor asked to see upstairs. We were still unpacking, so I hesitantly agreed to her request. She preceded me up the stairs, and as she reached the top, took a few steps, and then abruptly jerked open the linen closet door. I was shocked that a guest would be brazen enough, or rude enough, to delve into a closet without permission. I stood by not knowing how to respond as she looked up and down the shelves. After closing the door, she said, “I always like to look in people’s closets to get an accurate picture of what they are really like. The way people present themselves in public is hardly ever who they really are. You can tell a lot about people by their closets.”

Do you have places in your house that’s aren’t open to guests? We all do; those closets or rooms that aren’t presentable, places that remain out of view because of the embarrassing amount of clutter that has piled up over months or years and hasn’t been dealt with.

Like a messy area of a house concealed by a closed door, we often mask elements that clutter our lives and prevent forward motion. Let’s examine some hidden clutter that affects us mentally, emotionally, and spiritually:

The definition of “grudge” is a feeling of deep-seated resentment or ill will. If you keep a record of all the ways you’ve been offended, and the people you view as the perpetrators of those offenses, you are like someone who saves and stashes everything in a closet. Before long, the collection of grievances is so large, it cascades out into every aspect life. Eventually, you may forget the original offense, but the resentment remains. Failing to forgive those who have “done you wrong” is like dragging a heavy weight. You may feel you are punishing the offender, but you are only crippling yourself. By choosing to let go of offense and forgive, you free yourself to move forward rather than being chained to the past. 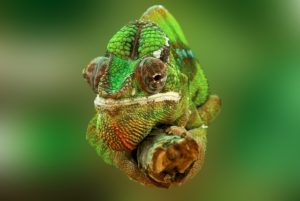 Jealousy is a green-eyed monster that captures and controls. When you look around and see what others possess or have accomplished, it’s easy to wish for more. But often, what you see outwardly is not what is happening behind closed doors. You can’t see strife, debt, depression, fear, addiction, or a host of other problems that plague many. We all have different hard stuff, so don’t allow envy to shift your focus and prevent you from maintaining forward motion.

We all have difference hard stuff. 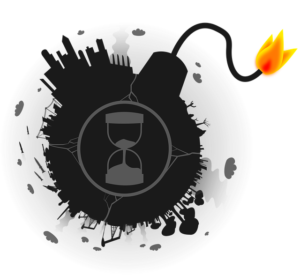 We live in an increasingly angry world, and unfortunately, many feel compelled to act out their anger. Sometimes people learn anger because it was modeled for them. Other times, they don’t really know the underlying source, but anger becomes a habit, the first response to frustration, fear, or potential failure. Anger is a time bomb ticking atop a life crowded with unprocessed hurts. Take time to unpack this lethal emotion before it destroys your life. Get help through a support group or counseling, but don’t delay.

Anger is a time bomb ticking atop a life crowded with unprocessed hurts.

On the surface, lack of gratitude doesn’t seem like it would slow you down, but it does. Ungratefulness may be tucked away in the back corner of your mental closet, but it spills over into everyday life. Ingratitude breeds complaints and criticism. People who aren’t grateful usually have a negative outlook on almost everything, and that negativism colors their attitudes and actions. Yes, life is often fraught with challenges and hardship, but look for, and express thanks for, all your blessings. 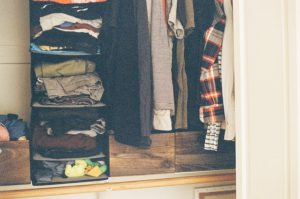 Have you ever lost clothes in your closet, or had things packed in so tightly you couldn’t see what you’re searching for? Often, our lives are so cluttered by activities, social media, and the acquisition of material possession, we edge God out or relegate him to a bottom shelf. Oh, we know he’s there, somewhere, but we don’t take time to clear away the clutter and find Him amid the rush of everyday life.

What are your idols? Don’t pat yourself on the back if you don’t have a little statue set up in your house, because we all enshrine something, whether it’s a person, sports, possessions, power, money, praise, fame, or good works. Discover your idols and take steps to dethrone them.

The phrase “I think I can’t” was probably first uttered by the Bible character Moses. Plucked from a life of slavery, as the adopted son of royalty, Moses was a logical choice for a leadership role. Yet Moses had a handicap, a speech impediment that he deemed a valid excuse when God called him to a task that felt greater than his ability.

Like Moses, we often say “no” to opportunities that stretch us beyond our capabilities. Has God called you to a task beyond your scope and comfort level? Often fear of failure is the hand-holding twin of perceived inadequacy. They combine forces to dissuade you from moving forward. Instead, ask God to help you. Tap into his wisdom and power and step out in faith. 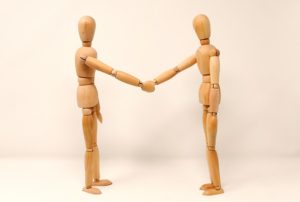 Fear of failure is the hand-holding twin of perceived inadequacy.

In today’s world, sin is an unpopular subject. People deem everything  acceptable, and anyone who mentions sin is labeled intolerant or judgmental. The world, and Satan, want you to remain blind to sin, but sin is real and has consequences. Sin has the potential to change the course of your life and cripple your relationship with God and others. While it’s much easier to pretend you are a “good” person, be honest with yourself, and with God, and admit areas where thoughts and deeds are anything but good.

By examining the areas of hidden clutter in your life, and clearing them, you free yourself for opportunities and blessings ahead.

What is the hidden personal clutter that affects your life and prevents forward motion?

5 Ways to Propel a Leap Forward