Earthquakes and Other Disturbances 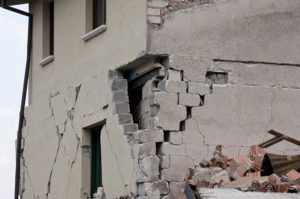 Early on a bright, calm Sunday morning, the mirror on my dresser began to vibrate. The vibration intensified, coupled with rocking noise, as the mirror visibly flapped in its holders. The pulls on other furniture jangled as items danced across the top. Were my eyes and ears accurate, or was I having some sort of medical emergency? As quickly as it began, the rattling stopped, and the room was still.

Although unusual for our area of the country, my state has been rocked by earthquakes several times in my life. Each was a surreal experience that caused me to doubt the accuracy of my senses, question my perception, and momentarily quake with a type of fear not unlike the tremors around me.

2020 has been a year of questions, doubts, fears, and natural phenomena. Following are thoughts on earthquakes and other disturbances: 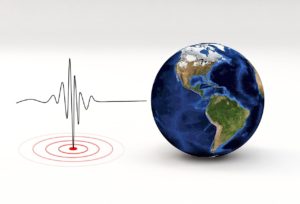 They are Real and Register

In 1935, Charles Richter invented a scale to measure the magnitude of earthquakes. Using data collected from a seismograph, earthquakes are assigned a number on a scale of 1 to 10 based on intensity. The Richter magnitude scale is still in use today.

If 2020 could be measured on a scale of magnitude, what number would you assign it? For me, unexpected events, changes, concerns, anxiety, and a few fears would blow the number way past the 10 on Mr. Richter’s scale. Disturbances to normal routines and expectations have become the norm rather than the exception. So how do we cope with the intensity that only seems to increase rather than abating?

First, acknowledge your emotions related to COVID-19, and other life challenges, and all the aftershocks surrounding them. Next, realize you are not the only one dealing with difficult circumstances. Then, focus on what is good, peaceful, and comforting during these days, and remember aftershocks will subside.

Focus on what is good, peaceful, and comforting during these days. 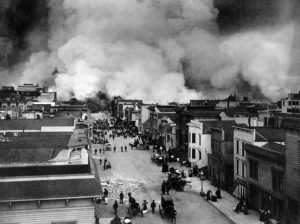 Although short-lived, and with an epicenter a state away, for several minutes, I was afraid. My fear was not so much while the earthquake was happening (perhaps because my mind was trying to register the reality), but afterwards.

The California earthquake of 1906, with epicenter near San Francisco, ranks as one of the most significant. Occurring pre-dawn, the violent shaking lasted 45 to 60 seconds. Ruptured gas lines spawned fires throughout the city and hundreds lost their lives. Aftershocks followed, prompting people to set up tent cities in parks. Those whose houses remained intact were afraid to return to them. Others had nowhere else to live.

As with any disturbance that is out of the ordinary, fear is a factor. For some, fear is an immediate response, for others, fear surfaces later. While fear is a normal response, we don’t have to allow fear to control our lives.

Like those alive following the 1906 earthquake, at some point, you have to decide to rebuild following a catastrophic or fear-producing life event. You have to choose to abandon the tent city and take the next step in recovery. Even if fears cling to us, God is faithful to walk us through circumstances and sustain us into the future.

God is faithful to walk us through circumstances and sustain us into the future. 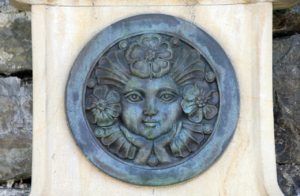 They Elicit a Response

In 1886, Charleston, South Carolina, sustained one of the largest earthquakes ever recorded on the east coast. Its epicenter was twenty-five miles northwest of the city in Summerville. Tremors extended as far away as Canada. As a result of this quake, hundreds of buildings and homes were structurally damaged or destroyed. Some were repaired or rebuilt using long iron rods run through walls and anchored with a large washer-type device called a gib plate and an iron nut. Commonly known as “earthquake bolts,” owners found these devices plain and unattractive. Many chose to disguise them with cast iron decorations such as lions’ heads, stars, or ornate medallions.

When a proverbial earthquake, or another type of disturbance, rocks your world, how you respond determines how well you recover and move forward. Your ability to keep a sense of humor, recognize blessings amid the rubble, or become the encourager for someone else may be your earthquake bolt. Courage to implement forward motion may be the lion’s head medallion that holds life together. Your earthquake bolt may be a daily infusion of God’s Word as a reminder of His faithfulness in this life-shattering season. Your choice of a victor’s mentality rather than a victim’s is crucial in the rebuilding process.

Many are dealing with grief, health issues, or significant life changes unrelated to COVID-19. These life quakes present challenges even if a pandemic were not involved. Remembering the faithfulness of God and trusting Him for each new day calms the aftershocks and makes forward motion possible. Fine tune your perception and look ahead with determination and hope.

Fine tune your perception and look ahead with determination and hope. 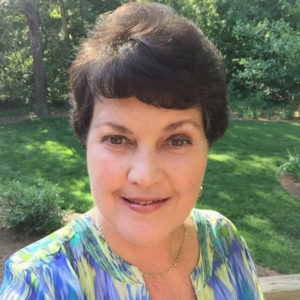 How to Take a Licking and Keep on Ticking

Adjusting and Adapting to Change