Analyzing and Passing On Accurate Information 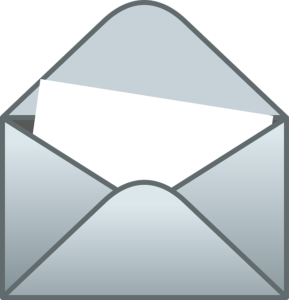 Last week, we received a letter from the company that manages our homeowners’ association citing a possible violation and requesting we weed our flower beds. This letter left me confused because our yard is professionally maintained, and two weeks before, our beds were sprayed and new pine straw put down.

I squinted at the unidentifiable picture included with the letter and realized the photo was probably our neighbor’s yard. Later, I confirmed my suspicion, and also noticed a vine had grown over the street number on our neighbor’s mailbox. 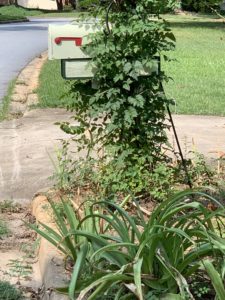 I suppose the person who reported the infraction operated on the horseshoe principle, i.e., that close was good enough. However, in this case, close was not only not a winner, it was also inaccurate. 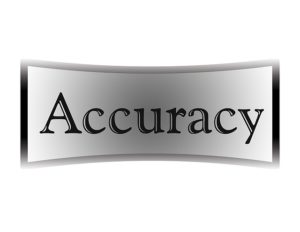 In our situation of being cited with a violation, the person who reported the offense likely snapped a quick photo as they drove by, looked in the rearview mirror and saw the only street number visible, ours, and assigned the problem to us.

Verifying accuracy before believing or spreading information is crucial. If the property management company had taken time to check the complaint before assuming the report was accurate, we would have been spared a hand-slap for someone else’s infraction.

Verifying accuracy before believing or spreading information is crucial.

When I do research for an article, I make sure my sources are original. Often I find writers have copied information from secondary sources or paraphrased incorrectly. If I can’t find an original source, I don’t use the information. So before you pass along information, particularly in a professional setting, make sure what you heard, or read, hasn’t been distilled through multiple outlets, opinions, or people. 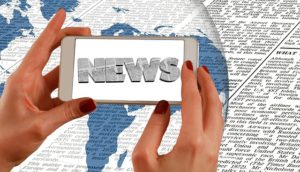 Parse for Fact Rather than Opinion

With the ability for anyone to “publish” personal opinion in multiple locations, “news” has become a joke. Sources aren’t checked. Speculation is rampant and “bait and hook” takes precedence over truth and accuracy. Avoid jumping on that bandwagon. Use common sense. If something sound too outlandish to be true, or is obviously being reported for shock effect, don’t propagate it.

On a more personal level, don’t repeat information that isn’t yours to tell. When you hear or read something that smacks of gossip, remember the information likely contains a high percentage of fabrication. People love to add tidbits that make a tale more frightening, nefarious, or juicy than it really is. Don’t be guilty of enhancing or distributing false information about others. Think how you would feel if the inaccuracy being circulated was about you.

Don’t be guilty of enhancing or distributing false information about others.

Distill for the Real Message

The current bent in communication is to use too many words to say nothing much. Clear communication has been replaced by complicated verbiage and intricate rephrasing and repetition. Like the overgrown vine on our neighbor’s mailbox, the real message is often couched in a confusing tangle of rhetoric. Deciphering that message takes discernment, and many people aren’t willing to devote time to the effort. Online information is often skimmed and shared before distilling for underlying meaning.

Clear communication has been replaced by complicated verbiage and intricate rephrasing and repetition.

Instead, make it a priority to discover the real message in information, weigh it against your faith and values, evaluate for truth and accuracy, and decide if the message is really beneficial for you and others. If the information doesn’t pass these tests, move on.

Decide if the message is really beneficial for you and others.

An integral part of maintaining forward motion is not leaving a trail of falsehoods in your wake. Recognize falsehoods for what they are—lies. Think before passing on information, and let what you say, and write, be free of rumor, innuendo, and inaccuracy.

“Do not use harmful words, but only helpful words, the kind that build up and provide what is needed, so that what you say will do good to those who hear you.” Ephesians 4:29 GNT

An integral part of maintaining forward motion is not leaving a trail of falsehoods in your wake.

11 Life Lessons from a Night in the ER