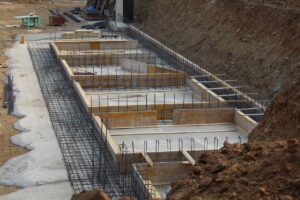 Several days last week, I saw a Ram Jack truck parked in the driveway of a neighbor’s house. Seeing that truck let me know the neighbors are having some sort of structural issues, probably with the foundation.

In recent months, many of us have felt we were dealing with issues that rattled our foundations and shifted the structure of our lives. Perhaps you are dealing with illness, grief, or situations you never anticipated being part of your experience. It’s easy to allow heartache, difficulties, and confusion to shift your moorings, but it’s possible to shore up the foundations and ensure your underpinnings are structurally sound.

Following are suggestions for firming your foundation: 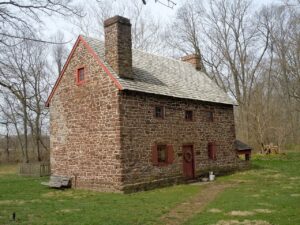 Get Back to Basics

Having grown up with a builder father, I’ve always been interested in houses, not only the design, but also how they are constructed. I enjoy following several Instagram accounts that focus on “forgotten” homes, the renovation of older homes, historic homes, and house design.

One thing I’ve noticed about older homes is they were constructed for shelter and comfort, but often without frills. They served well the purpose for which they were designed. More than likely, the people living in these houses were thankful for their homes and didn’t lament the lack of ornamentation or opulence.

Often, we waste time and energy with comparisons. We look at what others possess, or what they have accomplished, and allow jealousy to take control. Instead of being thankful for the basics—shelter, sustenance, relationships—we become dissatisfied and make ourselves miserable striving to imitate someone or some thing that we think will bring happiness and fulfillment.

Firm your foundation by recognizing and giving thanks for what you have, the people you love, and where you are in your life journey. Focus on the basics and leave lusting after fluff to others.

Focus on the basics and leave lusting after fluff to others. 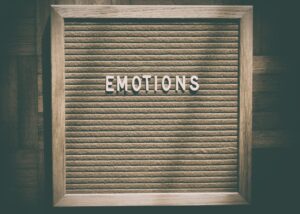 Over time, it’s not unusual for cracks to appear in the foundation, walls, or floors of a house. Friends told me of their experience with a newly built home that developed large cracks in the garage and basement floors after they moved in. Soon, the ceiling in the center of the house split apart. The builder failed to construct proper footings, a crucial element of stable construction, and the foundation settled, resulting in cracks throughout the house.

Allowing emotions to control your life is like building a house with an unstable foundation. Out-of-control emotions result in impulsive behaviors and decisions. Anger is one of the most destructive emotions, one that wrecks relationships and derails lives. A hallmark of anger is lack of self-control. Proverbs 25:28 likens a person lacking self-control to a city with broken down walls.

Prevent a life in shambles by employing wisdom to control emotions, assess next steps, and implement thoughtful forward motion.

Allowing emotions to control your life is like building a house with an unstable foundation.

Later in his career, my father mentored new builders. He told the story of a young builder who sought his advice when he ran into problems with a house. My father asked him how he constructed the foundation for the house. The young builder said, “I got a stick and drew lines on the ground, and we dug the footings where the lines were.” My father asked if he had measured to see if the footings were straight, level, and plumb. The young man said, “Oh, I didn’t have time for that.” My father smiled and said, “Then that’s why you’re having problems with your house. You’ve built on an unstable foundation.”

Often, we opt for fast over thoughtful. We skip steps that lay a firm foundation for a project, relationship, or new endeavor and then wonder why things don’t turn out as we expected.

In the writing community, I often see those who have never published anything decide to write a book, and then can’t understand why publishers reject their work. They failed to lay a firm foundation by learning and growing in the craft of writing, opting instead for attempting to bulldoze their way to publication.

To ensure a structurally sound foundation, accept the processes and procedures that produce a stable basis for success.

To ensure a structurally sound foundation, accept the processes and procedures that produce a stable basis for success. 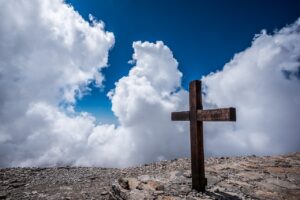 Our current culture supports the idea that all you need to attain success and live a meaningful life is within you. But when life takes and unexpected turn or turbulent transition, many find this mantra is a foundation built on shifting sand.

Despite what many believe, faith is the bedrock of a structurally sound foundation. A life built on the foundational truths of faith weathers the storms of life and brings clarity to the most challenging circumstances. Like a well-built house that has remained intact for generations, choose to build your life on a foundation of faith. In doing so, you look beyond your own capabilities and tap into God’s resources.

“Everyone who comes to me and listens to my words and puts them into practice—I will show you what he is like: He is like a man building a house, who dug down deep, and laid the foundation on bedrock. When a flood came, the river burst against that house but could not shake it, because it had been well built.” Luke 6:47-48 NET

Like a well-built house that has remained intact for generations, choose to build your life on a foundation of faith.

4 Reasons to Finish What You Start

Following and Fulfilling Your Dreams