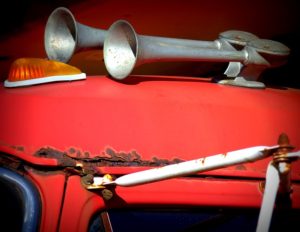 One night, just as I was getting in bed, I heard the persistent whine of an alarm. After several minutes, I peeked out the window, slightly annoyed that someone was allowing the noise to continue for so long. But the sound seemed closer than a neighbor’s house. I walked down the hall and the sound increased. As I checked various electronic devices upstairs, I heard my husband downstairs opening the back door, checking the cars in the garage.

“It’s louder on this end of the house,” I yelled. 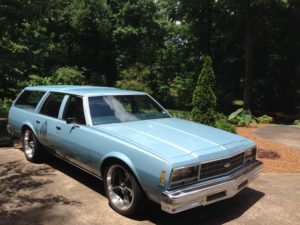 “Lazarus” is a 1977 Chevy station wagon my father drove until his death. It received this Biblical moniker after its resurrection from a fifteen-year stint in a carport graveyard at my parent’s house. When Jim decided to try resuscitating “Laz,” it took much more than a new battery to arrive at road-worthy (and that term is still up for debate).

Even after lots of time and dollars—new tires, extensive work under the hood and under the car, a new head liner, paint, upholstery, and carpet—there are still issues, like a horn that has a mind of its own. While the car no longer backfires at regular intervals, belching black smoke, it still chugs and squeaks, sounds that signal Jim is nearing home shortly after he enters the neighborhood! 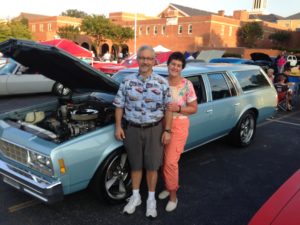 Ah, yes, such is life with the resurrected Lazarus. Although Laz has been spruced up, he retains a bit of a stale smell, the by-product of UV decay and dirt from years of use as a construction truck.

A lot of us are like Lazarus. We carry a similar staleness, reminiscent of sour attitudes, long-held  grudges, and crippling unforgiveness. We continue to toot our own horns at inopportune moments, touting our importance, criticizing others, or spouting off in anger. We allow our spiritual lives to idle in neutral, parked in an outlying lot, forgotten until Sunday, and replaced by activities that seem more urgent. While we may have renovated some areas of our lives, the stench remains and we’re in need of a tune-up.

Like me, maybe you assume noisy alarms or misunderstandings are someone else’s fault and look to those around you as the source of your problems, when, in fact, the issues are much closer to home. You’re bound by feelings of inadequacy or jealousy or resentment so much so that we’re hobbling around, still partially bound and dragging a gravecloth.

“Lazarus, come out!” And Lazarus came—bound up in the gravecloth, his face muffled in a head swath. Jesus told them, “Unwrap him and let him go!” John 11: 43-44 TLB 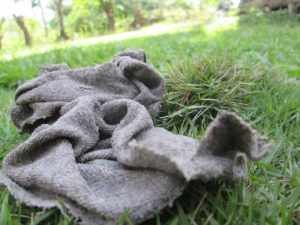 Perhaps it’s time to unwrap and unbind things that are holding us captive to a graveyard mentality and preventing emotional and spiritual growth. Jesus wants us to experience abundant life and peace, the resurrection life, but that doesn’t happen when we allow old habits and negative thought processes to take over. For most of us, our default gear is to view every situation from a very personal, self-centered perspective.

Perhaps it’s time to unwrap and unbind things that are holding us captive.

Stop and assess areas of weakness and then take steps toward restoration. Are you belching the smoke of anger? Are you honking a horn of gossipy criticism because you’re jealous or just in the habit of trashing others? Are you cracked and brittle from years of harbored bitterness and resentment? Do you feel blessings are the result of your own ingenuity? Now is a good time to take inventory and determine what to remove, improve, and restore.

Are you cracked and brittle from years of harbored bitterness and resentment?

Lazarus, the ’77 Chevy, will never be resurrected to the shining example it was when my father drove off the showroom floor in 1977. Neither will any of us reach perfection this side of heaven, but that doesn’t mean we have to live with one foot in the grave either. 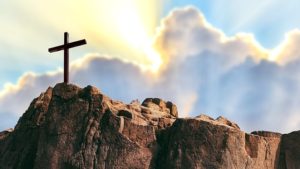 Test drive a new perspective. Tune up old attitudes and actions. Buff up your spiritual engine and then take the new you out for a spin, remembering the resurrection life is possible because of God’s mercy and grace.

Jesus told her, “I am the resurrection and the life. Anyone who believes in me will live, even after dying.” John 11:25 NLT

The resurrection life is possible because of God’s mercy and grace.

5 Keys to Moving Beyond Rejection

How Do You Handle Your Hurts?

Untangling the Knots of Offense