5 Life Lessons Learned from My Father

Each year, when the third week in June rolls around, I can’t help but think of my Daddy. Even though he died almost 30 years ago, I still miss him. I miss his strong hugs with a jiggly squeeze at the end. I miss his gentle voice, his humor, and his wisdom.

My father was a builder, and I grew up walking jobsites with him. I remember hearing the pow-POW sounds of hammers on the jobsite, back when hammering happened manually and nail guns were still in the future. Most of Daddy’s right back pants pockets were ripped because that was a convenient place to rest a hammer when not in use. I watched him interact with his workers, often stepping in to instruct, or lend a hand, when needed.

I learned much from Daddy simply by observation. Here are a few lessons I learned from my father: 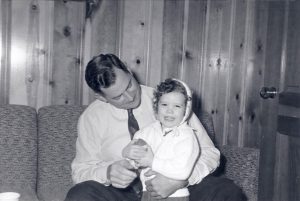 Care and Concern for Others

When I was a child, my father came home one summer day for lunch and took clothes and shoes from his closet. Then he went to the kitchen and asked Mama which dishes and cooking utensils she rarely used. He loaded up several boxes and put them in his car. When I asked why he was doing this, he said, “The house of one of my men burned last night and he needs help.”

Several weeks later, when I was with daddy on a jobsite, I saw a worker wearing daddy’s clothes and shoes. Although I never heard it mentioned, I’m sure some sort of monetary compensation also accompanied the things Daddy gave this man.

My father took care of his family and extended family and showed love and concern for others in many ways. He managed the bank accounts of missionary brothers and built houses for them to rent for additional income. The children of friends of my parents spent many days at our house when their mother was battling cancer. When I cleaned out my parents’ house, I found receipts of cars he bought for family members.

In all this, I saw tangible evidence of Galatians 6:10 ESV, “So then, as we have opportunity, let us do good to everyone, and especially to those who are of the household of faith.” 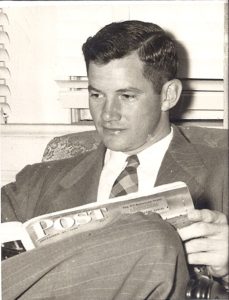 Don’t Toot Your Own Horn

I never heard my father boast. In fact, much that he did for others, I didn’t know about until later.

When my father was near death, a relative offered to stay with him through the night at the hospital. “I want to do this for him. He gave us our house, you know,” he said. Until that day, I didn’t know.

After his death, many told me stories of Daddy’s generosity and help over the years. One woman, who had been a widow for many years, said she came home from work one day and her porch had been re-screened. Only by asking neighbors was she able to determine my father had done the work.

In a time when many people want credit or media attention for their charity, we could all take a lesson from those who quietly help others with no desire for recognition or praise.

Take a lesson from those who quietly help others with no desire for recognition or praise. 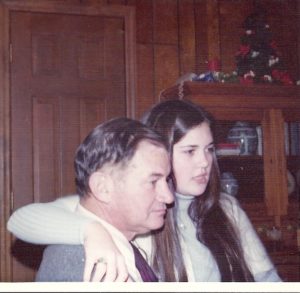 Daddy was a man of few words, but when he spoke, people listened. His form of communication was concise, and you were never left wondering where he stood on an issue, or if he was speaking in some veiled terminology that required deciphering.

By observation, I learned that waiting to speak until you have more details, and not responding in anger, save you from episodes you later regret. Although I haven’t always been successful taming my tongue, I had a teacher who modeled the benefits of listening before speaking. 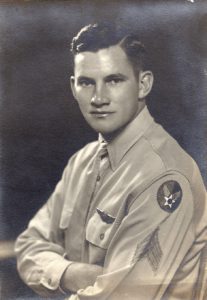 Move Beyond the Past

Like many war veterans, my father had a lot to overcome emotionally when he returned from WWII. I know his faith in God and time spent in Bible study and prayer were a large part of his recovery, but focusing on the future instead of lamenting the past is what allowed him to overcome difficult memories of captivity and loss.

Perhaps your past includes trauma that had an impact on you as damaging as if you fought in a war. Many never manage to move beyond difficulties and become mired in the past, but learning to let go of hurts fuels forward motion. 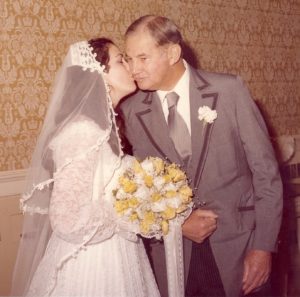 Stand Firm in Your Beliefs

We live in a time when people say and do things, and then almost immediately backpedal when someone takes exception or expresses offense, spinning what they said, or apologizing for what they did. Instead of knowing what they believe and why, they shift to suit the whims of public opinion, i. e. social media.

The day you start adjusting your beliefs to please others is the day your foundational principles begin to crumble. Many people today waste energy on activities that usurp time and subvert them from that which has eternal significance.

The day you start adjusting your beliefs to please others is the day your foundational principles begin to crumble.

I never saw my father waiver in what he believed, even when he received a cancer diagnosis. He responded to a prognosis of death in the same way he approached life. He unashamedly lived his faith, modeling integrity, honesty, generosity, trust, and love, and didn’t back down in the face of criticism or adversity.

I miss you, Daddy, but I’m thankful for the firm foundation you built with faith, words, and deeds, and grateful for your example and the lasting impact it has on my life.

“These words I speak to you are not incidental additions to your life, homeowner improvements to your standard of living. They are foundational words, words to build a life on. If you work these words into your life, you are like a smart carpenter who built his house on solid rock. Rain poured down, the river flooded, a tornado hit—but nothing moved that house. It was fixed on the rock.” Matthew 7:24-25 MSG

The Fine Art of Waiting

The Positives and Negatives of Personal Independence