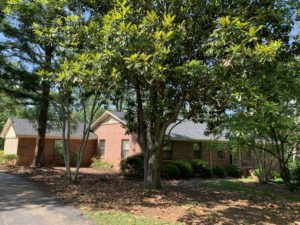 At the end of last week, my aunt returned to her home after being displaced for almost four months following massive tornado damage early in February.  A portion of the house had to be rebuilt and areas inside required restoration and renewal.

With the help of a general contractor, and numerous subcontractors, we were able to accomplish what seemed impossible when we first viewed and assessed the destruction.

During these months of clean up, restoration, and rebuilding, I’ve thought about areas in our lives that are damaged and in need of restoration. Following are some things to consider: 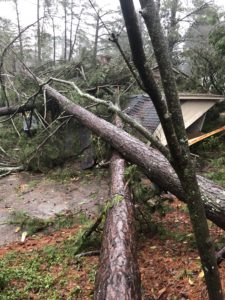 A few days after the tornado, volunteers offered to help with clean up, but I declined the offer. Massive trees were on top of the house, city inspectors had placed an unsafe placard on the door because of structural damage, wiring was unsafe, and debris in the demolished part of the house was still shifting and falling. Having volunteers on-site was simply too dangerous until after tree removal and further structural assessment.

One of my children used to say, “I’m ready to be finished by now,” regarded chores or other unwanted activities. In the same way, many of us want to hurry through personal restoration, and like well-meaning volunteers, we often want to dive in headlong before assessment has occurred. But restoration is a process that can’t be rushed, and process by definition involves a series of steps in which gradual change occurs.

Restoration is a process that can’t be rushed. 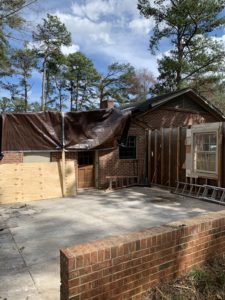 Once the trees were off my aunt’s house, the carport had to be torn down. The damage was so extensive, the only option was to remove everything and start over. Sometimes you must tear down before you can rebuild.

If you’ve ever seen a house flipping show on TV, you know people often uncover damage or decay that has been covered over with other material rather than properly repaired. Similarly, people often cover emotional damage rather than dealing with it. But like rotting wood or mold, the damage only worsens as time goes by. Often restoration can’t occur until some demolition has taken place.

Often restoration can’t occur until some demolition has taken place. 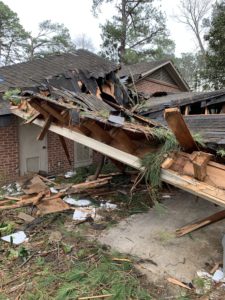 Gems in the Rubble

In the process of demolition, the general contractor found some things that could be salvaged and reused. While dealing with areas in your life that are in need of restoration, you may encounter similar “gems,” positives amid the negatives. Often we only focus on the hurt, frustration, injustice, and emotions of some area of our lives that has been damaged, and fail to see what we have learned and how we have grown during the restoration process. 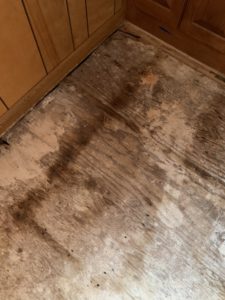 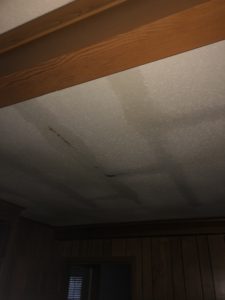 Within a week of the tornado, a restoration company was on-site at my aunt’s house. While much of the damage to the interior of the house was visible, some was not. Further inspection revealed moisture in walls and soffits. And then a test indicated asbestos in a layer of flooring under the current kitchen and laundry room floors. It took weeks of drying with fans to deal with the moisture and the flooring and part of the subfloor had to be removed.

Likewise, you may have issues that are buried under layers of protective coating you have built over the years to cope with emotional pain, yet the problem is still there. Perhaps you harbor resentment for a deep hurt you’ve never addressed, or there is someone you’ve never been willing to forgive. Only with intentionality, and time, can these issues be identified and resolved. 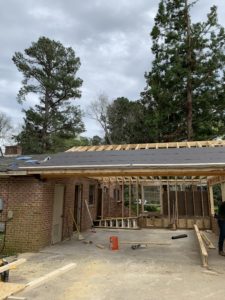 The process of rebuilding and restoring my aunt’s house was not without delays. Asbestos removal required a permit, and because so much tornado damage repair was in process in the city, obtaining a permit took weeks. Work was also delayed by torrential rains, additional tornadoes, and then COVID-19.

You can also expect delays in personal restoration. Sometimes you have to take a break in the process because thinking about, and dealing with, difficult memories is so hard emotionally. But while delays may occur, it’s important to avoid halting the process indefinitely. With determination, you can rekindle forward motion, move ahead, and accomplish the goal of restoration.

You can also expect delays in personal restoration. 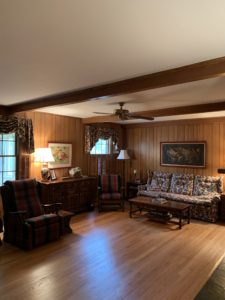 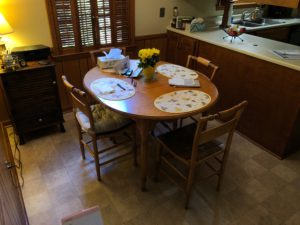 Many families in our town suffered devastating loss as a result of the tornado. Some homes and businesses were declared a total loss. The first time I saw my aunt’s house, the damage seemed so great, I wondered how we would ever be able to restore and rebuild. I knew I couldn’t do it alone, so I enlisted the help of a good general contractor with many years of experience and connections to trustworthy subcontractors. 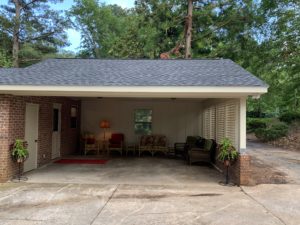 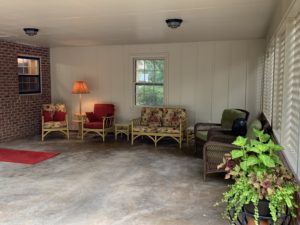 Perhaps, at some point in your life, your self-worth was damaged, or your dreams flattened. As you deal with areas in your life that have been demolished and need rebuilding and restoring, you may not be able to do the necessary work in your own strength. Get help. Find a trusted counselor to help you through the process. And don’t forget to include God in the endeavor. His power to heal and restore is one of your greatest tools in rebuilding and moving forward. Never underestimate God’s ability, plans, and methods to take devastating circumstances and use them for His glory and your benefit.

“After you have suffered a little while, our God, who is full of kindness through Christ, will give you his eternal glory. He personally will come and pick you up, and set you firmly in place, and make you stronger than ever.” 1 Peter 5:10 TLB 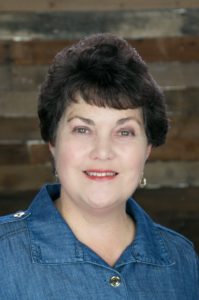 Life on the Highwire