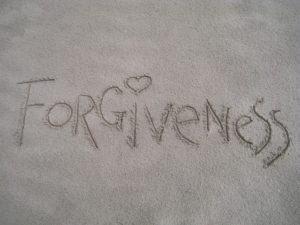 For years, I’ve walked our neighborhood, stopping at times to talk to neighbors along the way. I remember a conversation once with a man about his family. He mentioned his brother lived on a street at the entrance to our neighborhood.

“It must be nice to have him so close,” I said.

“Well, we never see each other. We had a disagreement years ago and we’ve never spoken since. Anything I know about him, I get from his children or social media.”

I learned my neighbor’s brother had received a terminal diagnosis. I suggested he reach out to his brother since time was limited.

“There’s no use to try,” said my neighbor. “He’s the kind of person who’d never admit he was wrong.”

Many people feel they punish the offender by refusing to forgive. Instead, failing to forgive is like carrying a burden that gets heavier with each passing year. You think you are hurting the other person, when, in fact, you are hurting yourself. Failing to forgive has a negative impact on your life, occupying your mind with rehearsed conversations and scenarios of revenge. Conversely, those who hurt you are likely oblivious to your silence, or absence, as a form of punishment. The only person hurt by failure to forgive is you.

The only person hurt by failure to forgive is you.

Often, not forgiving, or holding a grudge, is viewed as a form of strength, while forgiveness is viewed as weakness. The reverse is true. Your willingness to forgive someone who has hurt you shows strength, courage, and wisdom. In forgiving, you free yourself from continually dwelling on what happened and release yourself to look ahead. 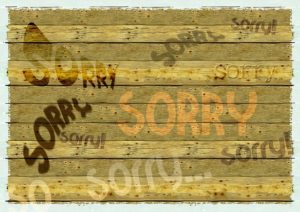 The Offender Must Apologize

My neighbor’s perception of forgiveness underscores one of the misconceptions—forgiveness requires an admission of wrong-doing. If you make forgiveness contingent on the person who hurt you issuing an apology, you will likely wait forever. Often those who wound others never acknowledge they have done anything that requires an apology or forgiveness. Pride, arrogance, and indifference comprise the no-apology trifecta. Take apology out of the equation and choose to forgive because it is beneficial to you and because scripture teaches forgiveness. 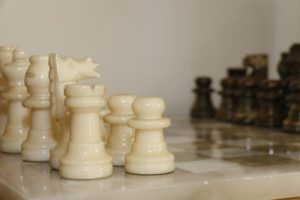 The Offender Should Make the First Move

Believing the person you feel is at fault should be the one to make the first move piggybacks on the idea of the offender apologizing. If you could get inside the mind of the other person, you might be surprised to discover you are viewed as the offender, or the incident is a non-issue. Forgiveness is not as much about who’s right and who’s wrong as it is releasing the person from what you consider justice.

Forgiveness is a transaction between you and God. In forgiving, you release yourself from the burden of feeling it is up to you to get even or mete out punishment. Forgiveness leaves justice up to God.

Often forgiveness is difficult, but if you want to move forward with your life rather than being chained to resentment, anger, frustration, and the past, choose to forgive.

Is there someone you need to forgive?

“Bear with each other and forgive one another if any of you has a grievance against someone. Forgive as the Lord forgave you.” (Colossians 3:13 NLT)

Forgiveness leaves justice up to God.