3 Reasons to Encourage Others 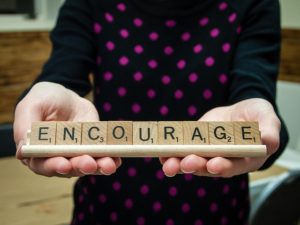 Recently, my husband and I had the misfortune to sit near a family with four children at a local restaurant. The problem was not with the children, but with the parents, who were, at best, critical, and at worst, verbally abusive. One child, the oldest girl, was the main target of criticism, but the other children were not free from finding themselves in parental crosshairs.

During the course of the meal, the parents made repeated pronouncements of “shut up,” “you eat like a pig,” “no one wants to sit by you because you chomp your food,” “sit in your chair,” “don’t squirm,” “you disgust me,” and on and on. The crowning blow came when the parents announced (and I had to wonder if all the criticism was a way to justify a decision made long before the announcement) that some fun event the children had been promised would not happen because of the oldest child’s “misbehavior.”

When a younger child looked at the mother and started crying, she shouted, “Don’t look at me, it’s your sister’s fault!” Then that child was berated for crying. It took every ounce of will I had to stop myself from going over to the parents and telling them they should be punished for their awful parenting rather than the children, who apparently live with constant criticism, negativism, verbal abuse, and ever-changing rules. Instead, I cried internally for the damage inflicted  on these young lives.

Criticism is easy to manufacture, finding fault instead of providing words of encouragement and support. Human nature wires us to see the shortcomings of others while turning a blind eye to our own failings.

Following are reasons to opt for encouragement rather than criticism:

Maybe, like me, you tend more toward being a critiquer than an encourager, seeing first what could be tweaked to make things or people better than they currently are. So for us, shifting to encourager mode takes some effort. But one of the outcomes of being an encourager is it trains you to begin to see positives before you see negatives. Being an encourager changes your perspective. The process may take a while, but looking for positives and speaking words of encouragement rewires your criticism circuits.

Looking for positives and speaking words of encouragement rewires your criticism circuits. 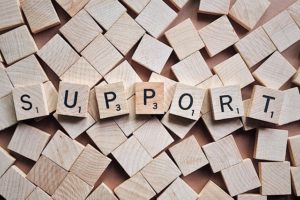 So many people are beaten down by their past or their current circumstances. Like the children with the critical parents in the opening scenario, perhaps your upbringing was a nightmarish confusion of abuse, criticism, and discouragement. When you grow up in that type of environment, it warps your perspective of people and the world. It takes real effort to move forward, gain self-worth, recognize positives, and be an encourager to others.

Conversely, if you grew up with parental love and encouragement, realize you are blessed, and make it your goal to pass along that love and encouragement to others. Being an encourager can be as simple as saying “How are you today?” to someone you see every day, but don’t really know. Your genuine expression of interest may be the only hint of caring the person receives that day.

Another facet of being an encourager is cultivating the art of listening. Encouraging isn’t just pep-talking; it’s listening and hearing the fears, frustrations, and needs between the words. What are the real issues and how can you speak wisdom? Look for opportunities to compliment, listen, encourage, and support those you encounter. 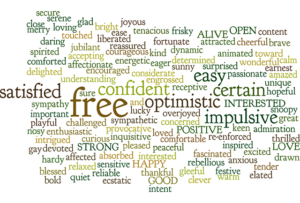 Even after leaving the restaurant, the critical parents-browbeaten children scene continued to replay in my mind. As I ruminated on it, I realized the parents were likely parroting their own upbringing, passing along the type of criticism and negativism they experienced.

The current climate in our world is one of fault-finding, criticism, negativism, and slander, and those voices are loud and strong. In building others up, you set a positive example in a culture that seeks to tear others down. It takes intentionality to resist that mindset and be a positive voice, but each person who chooses encouragement over criticism promotes forward motion. Decide to be a voice of encouragement to someone today.

“So encourage each other and build each other up, just as you are doing.” 1 Thessalonians 5:11 NLT

Each person who chooses encouragement over criticism promotes forward motion.

What to Do, and Not Do, When Someone Is In Crisis