Photo by Manan Chhabra on Unsplash

Habits are like a train in motion. They start slowly, but gradually pick up speed until they are barreling through your daily existence at breakneck speed, blowing relationships, goals, and dreams aside. If anything gets in the way of your habit, you likely won’t be able to put on the brakes in time to avoid a major collision.

A habit can be as simple as constantly playing a game on your cell phone or as complicated as an all-consuming addiction, but habits can also become life-threatening. Sometimes we become so entrenched in our habits we don’t realize how much they control our lives and hurt those who love us. But like a boxcar left on a siding and forgotten, habits sidetrack forward motion. When habits control our lives, they become our focus and cause myriad problems. 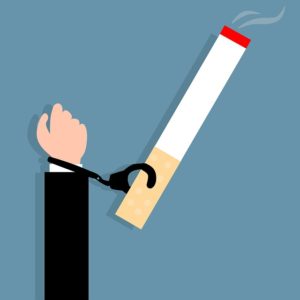 Things we take in

Substances – When we hear the words “substance abuse,” we usually think “recreational” drugs, but alcohol abuse slashes across social, economic, and age boundaries. Alcohol destroys families, causes job loss, derails academic and career goals, damages health, and is often the precipitator of violent crimes. While many people drink to have fun or to forget hurts, drinking that leads to addiction and inhibits your ability to make wise decisions is a path to destruction.

Substance abuse of any kind causes you to forget, and when you forget, you lose the ability to think about the future impact of actions and words while under the influence.

Food – Overeating is an area that often slides under the radar as habitual, but overindulgence in the are of food is detrimental to health and self-esteem. The habit of eating what you want and as much as you want can be broken with determination and discipline.

Visual – So much about our culture is designed to capture us visually and make us want what we see. Ads show what advertisers want us to aspire to—look like, wear, drive, and possess—and can lead to discontentment and impact financially.

Viewing pornography is a habit that quickly becomes an addiction, and although many won’t admit it, alters relationships, affects productivity, steals valuable time, and leads many to a life riddled with feelings of defeat and guilt. 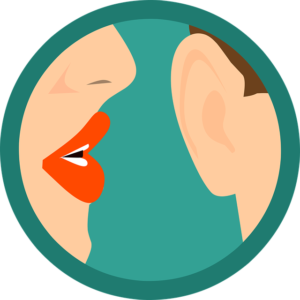 Things we send out

Criticism – It’s easy to find things we don’t like in others while failing to see our own shortcomings. Criticizing is a habit that requires effort to break, but you can decide to see the positive traits in others, and compliment rather than tear down. A positive comment from you may be the only encouragement someone receives.

Gossip – Some just can’t resist relaying juicy tidbits about others, even if they’re not true. Gossip is a close relative to criticism. Both look for and point out negatives instead of recognizing and praising positives. Like criticism, gossiping is a habit you can break. It may mean walking away from a conversation and refusing to spread what you heard. If you think about gossip from the perspective of the hurt you would feel if you were the target of gossip, it may help you curb and stop this habit.

Emotions and Attitudes – Anger, negativism, and prejudice are examples of emotions and attitudes that we convey to those around us. You may have been raised in an environment where these emotions are common, but you have the option of deciding for yourself if you want to perpetuate these attitudes. You can choose to make positive changes to stop negative emotions and attitudes from controlling of your life.

Choose to make positive changes to stop negative emotions and attitudes from controlling of your life.

Ways to take control of habits

One of the big problems with habits is we continue to think we are in control even when we aren’t. We lie to ourselves, and others, about the impact of the habit or the fact that the habit exists. You can’t really stop a habit until you’re willing to admit you have one. So a first step is to document the habit in writing. Name the habit and honestly admit how it has taken control of your life and the negative results.

Be aware of what precipitates and feeds your habit. When are you most likely to indulge the habit? Where are you? Who are you with? What are your underlying feeling at the time? In answering these questions, you can begin to see why the habit is controlling you. Then, take steps to avoid the people, places, things and emotions that make you most vulnerable to the habit.

Be aware of what precipitates and feeds your habit.

Find a Replacement for the Habit

This will take thought and discipline because you’ll want to make sure the replacement habit isn’t as dangerous and addictive as the original habit. Spend time surrounded by nature. Listen for God’s voice. If you make an effort to recognize and change destructive habits, the Lord will honor your efforts and help you.

What is your next step?

“Any temptation you face will be nothing new. But God is faithful, and He will not let you be tempted beyond what you can handle. But He always provides a way of escape so that you will be able to endure and keep moving forward.” 1 Corinthians 10:13 (VOICE) 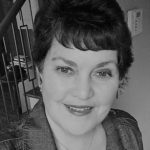 Candy Arrington is a writer, speaker, and freelance editor. She often writes on tough topics with a focus on moving beyond difficult life circumstances. Candy has written hundreds of articles, stories, and devotionals published by numerous outlets including: Inspiration.org, Arisedaily.com, CBN.com, Healthgrades.com, Care.com, Focus on the Family, NextAvenue.org, CountryLiving.com, and Writer’s Digest. Candy’s books include When Your Aging Parent Needs Care (Harvest House) and AFTERSHOCK: Help, Hope, and Healing in the Wake of Suicide (B&H Publishing Group).

Receive Candy’s blog, Forward Motion, via email. Go to https://candyarrington.com/blog/ and scroll to the bottom of the page to sign up.

5 Ways to Experience a Mini Escape