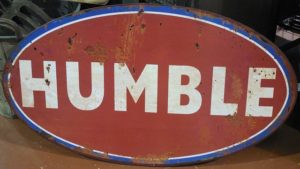 Last week, Billy Graham’s life on earth ended. In the days since his death, the word that has been most used to describe the farmboy turned evangelist is humble. For a man who preached all over the world, prayed with and gave counsel to presidents, and had a far-reaching impact in spreading the gospel, it’s almost unheard of, especially in today’s world, for someone to so embody an attitude of humility. Yet,  throughout his life, Billy Graham was a humble servant.

Humility is one of those illusive qualities that is hard to grasp. Just when you think you understand it, you realize you don’t. Most people don’t practice humility because it’s not a quality modeled often in those around us. Society says “you deserve it!” The world teaches a lifestyle of selfishness, pride, and greed.

A recent article stated that the main reason people in leadership positions fail is because of arrogance. The arrogant do not respect the opinions of others, and ignore facts, suggestions, and warnings. Conversely, those who are humble respect others and listen to wise counsel.

Humility requires effort and you can’t tell others you’re working toward it without seeming proud. Humility is a quality you cultivate silently, sharing your efforts only with God.

As you strive to maintain forward motion, consider these steps toward growing in humility:

“If you will humble yourselves under the mighty hand of God, in his good time he will lift you up.” (1 Peter 5:6 TLB)

Humility is one of those illusive qualities that is hard to grasp.

Most people don’t practice humility because it’s not a quality modeled often in those around us.