4 Reasons to Tune Out Anger 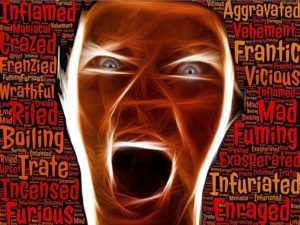 Not long ago, someone I don’t know followed me on social media. I tend to be a skeptic, so I never follow back or accept a friend request without first doing some investigation. What I discovered about this person made me queasy. Every post was a targeted, profanity-laced assault on someone I know well. The sole purpose of the account was repeated, slanderous trashing.

We live in an angry, negative, critical world, and if we’re not careful, the poison of that mindset spills over into our lives, clogging our thoughts and creating anxiety and stress.

Here are reasons to tune out angry voices:

Sometimes it feels like an inordinate amount of folks have gone slightly crazy. Ok, correction, totally nuts! Any form of civility seems to have been replaced by opinion-spouting, strident voices that jump on every cause, real or perceived. People are impatient, verbally abusive, delight in looking for dirt on others, and if they can’t find any, they make up something and pretend it’s true. They lash out with angry words and deeds and take joy in goading others into verbal or physical confrontation. 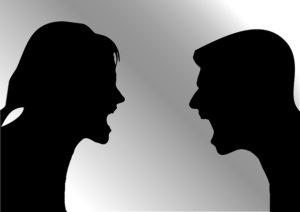 What in the world is happening to us!

In this current climate of hate-filled, angry voices, resist the urge to fire back with a verbal volley and get involved, particularly if the battle is not yours. Take a deep breath. Close your mouth, walk away, or in the case of social media, sit on your hands to prevent typing a quick, thoughtless, confrontational reply. You win when you refuse to engage an angry person.

It doesn’t take long for the negativism of the world to warp your perspective. Angry voices and attitudes drown truth, gratitude, and positive perspectives. Do what you have to in order to minimize your exposure to angry critics who spew negativism and hatred. Un-friend, un-follow, mute, or block on social media and distance yourself from in-person contact with people whose words are always toxic and confrontational. We aren’t too many years removed from a time when social media didn’t consume our time and thoughts. A social media and news sabbatical may be just what you need to regroup, refresh, and readjust your perspective. 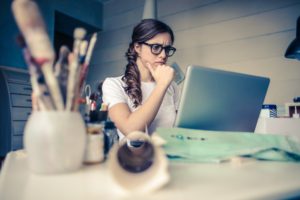 Have you ever tried to focus when you are angry about a situation or upset because someone spewed their anger on you? It’s nearly impossible to focus because you keep replaying words said and dreaming up words you wish you’d said. Don’t allow your work or God-given mission to be sidetracked by someone else’s anger, or your own. And don’t jump on someone else’s bandwagon, a cause or incident in which you were not involved, or to which you have no direct connection. Anger disrupts your focus and sidetracks forward motion. 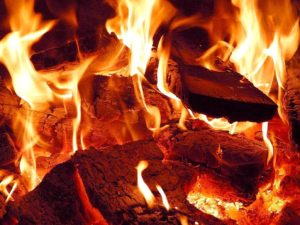 One of the big negatives of social media is many people post whatever is currently on their minds, without filters. They spout anything that happens to cross their brains without regard for the storm their words create or the lives that are damaged. They shout accusations with no supporting evidence, and within hours, thousands of people are accepting a made up saga as truth. Angry people feed off angry people.

Scripture teaches a far different approach. If you have an issue with someone, you first go to that person, state your grievance, and attempt to work things out privately. Instead, many begin by trashing others in the marketplace, i.e., social media.

While there may be legitimate hurts and frustrations behind angry words and actions, anger rarely solves anything. You can’t control someone else’s anger, but you can choose to control your own anger. Write your frustrations in a journal instead of ranting on social media or to any ear you can capture. And then, make a decision to distance yourself from people and situations that fuel anger. Look for and promote calmness, goodness, grace, truth, and peace.

Look for and promote calmness, goodness, grace, truth, and peace.

How to Approach Seasons of Waiting

Live in the Light