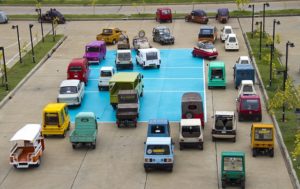 I once heard the story of a man whose car got stuck in reverse. Instead of calling a tow truck to transport his car to the shop, he backed all the way home on the forward moving traffic side of the road. Needless to say, he got some pretty strange looks, heard lots of horn blasts, and had plenty of gestures directed his way. Not only was his chosen method of locomotion dangerous to him and others, he still had to deal with the problem of a car stuck in reverse when he got home.

Plotting revenge is a lot like being stuck in reverse. While you might be traveling, you’re moving backwards and end up creating problems for yourself.

Following are some of the pitfalls of plotting revenge:

It’s time-consuming – Most people feel their time is precious and leisure time is at a premium. When you spend time thinking about how to get revenge, you continue to relive what happened. As you rerun the incident, it’s not unusual to enhance it in your mind, making it worse than it really was. That only intensifies the desire for revenge. Eventually, the event is magnified into a huge deal, when, in fact, it may have been unintentional on the part of the person who offended you.

It wastes effort – Have you noticed some people are more easily offended than others? The term “wearing their feeling on their sleeve” is accurate for these people because it only takes a slight brush of a word, phrase, or action to catapult them into offended mode. But, if we allow it, the feelings of offense usually fade away, unless you continue to talk about what happened and seek sympathy from others. It takes a lot of energy to stay offended, effort that could be spent on more productive or creative pursuits.

It colors your outlook on everything – Plotting revenge is a negative endeavor. It focuses effort on payback, making the other person feel as hurt, embarrassed, excluded, or unimportant as you feel. Revenge sets the tone for your thoughts and actions. You fail to see positive elements of your life because you’re so intent on getting even.

It keeps your focus on the past – Just like the man who drove home in reverse, plotting revenge keeps your eyes glued to the rearview mirror. The man dared not take his eyes off his backward-looking perspective lest he run off the road and never make it to his destination. But when your focus is on what’s behind you, you miss all that lies ahead. And if you do reach your goal and enact revenge on your offender, you’ll probably discover it leaves a bitter taste in your mouth. Revenge never brings the level of satisfaction you anticipated. So decide now not to waste time and effort plotting revenge. Dump the burden of revenge. Forgive and move forward in anticipation of all the good that awaits up ahead.

“Forget about what’s happened; don’t keep going over old history. Be alert, be present. I’m about to do something brand-new. It’s bursting out! Don’t you see it? There it is! I’m making a road through the desert, rivers in the badlands.” (Isaiah 43:18-19 MSG)

Revenge leaves a bitter taste in your mouth and never brings the level of satisfaction you anticipated. @CandyArrington

5 Keys to Navigating Clusters of Difficulty